The Project route passes by the southern tip of the Malkara settlement and the western border of Şarköy, then turns towards the southwest and reaches the Gallipoli Peninsula via the eastern part of Evreşe. Passing through the northern end of Gallipoli, the motorway reaches the region of Umurbey on the Asian shore via the 1915Çanakkale Bridge located between Sütlüce Village in Europe and Lapseki in Asia. 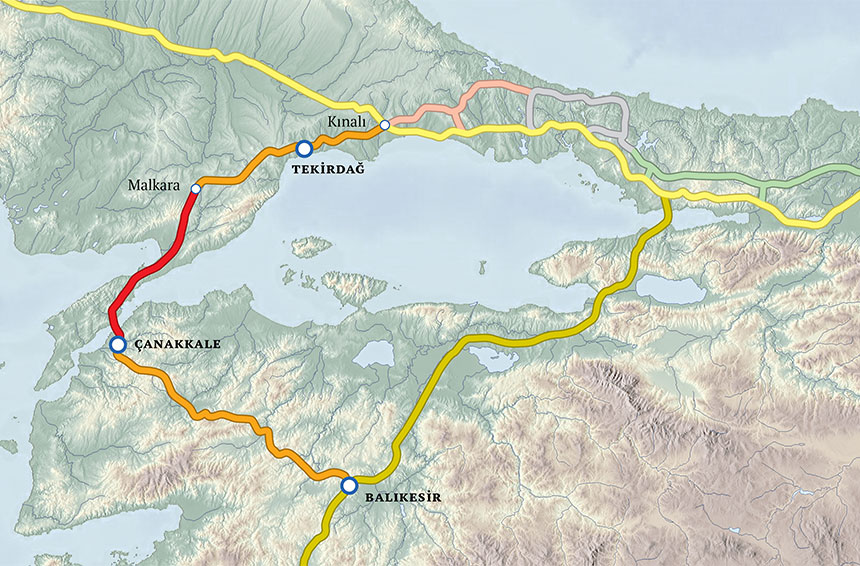